Off The Press
·1 min read

Spookiness in the Cards from Tightrope Press

I am one of those people who enjoy the occasional scary horror movie from the safety of my couch — and now Tightrope Press has come up with the greeting card equivalent. These look like nice houses, right?

Wrong! These meticulously rendered drawings by Marisa de la Peña actually replicate the Amityville House, the Lizzie Borden House as well as Salem, Massachusetts’ Witch House — resided in by the hanging judge at the famous trials and believed to be not only haunted by him but the 19 poor souls he sent to the gallows. Several others depict well known-haunted houses, with all the creepy details on back.

Shop them all here — and if your tastes run a little less macabre, there’s plenty of lighter greeting card fare as well!

Summer Accessories from Shades of Expression! 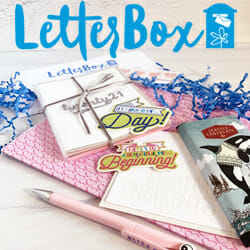